"At the gates of the forest, the surprised man of the world is forced to leave his city estimates of great and small, wise and foolish. The knapsack of custom falls off his back with the first step he takes into these precincts. Here is sanctity which shames our religions, and reality which discredits our heroes. Here we find Nature to be the circumstance which dwarfs every other circumstance, and judges like a god all men who come to her."
~ Ralph Waldo Emerson

To Begin One Must End

Since coming to Ohio now nearly five years ago, my mind and heart have slowly undergone a change. I do not know what the change is, or if perhaps it is a change at all. Perhaps, in the end, it is merely a healing. Perhaps I was quite broken before, and in the time before that, broken without knowing I was. 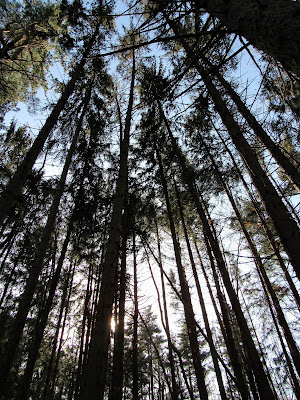 Whatever name you wish to give it, it is certain that my current mindset has found its way forward, while simultaneously finding its way back. While standing now, where I am, I see not only the future years before me as silver wave upon wave, but back. I see myself as I used to be, as a little child looking out the window of the car my parents were driving down winding New England country roads, roads bordered by stone fences and trees dripping with color and pierced by sunshine. I remember so vividly how I was so enraptured by the beauty I saw that I could not speak; my chest physically ached and I felt almost as though I would faint. Sometimes, I was filled with so much joy I felt I was twirling round, faster and faster, in a sun dappled ring. 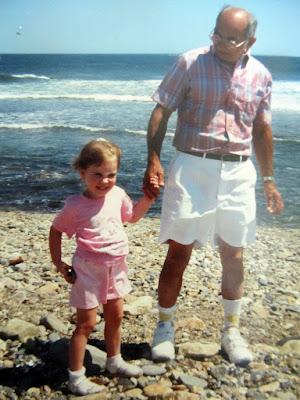 Those earliest years were a long moment of sun and shade and gentle joy. Then I got older, and knew what worry was, and shame. I learned to accept that truth was not our nature, but must be learned and adhered to, even if it was difficult and against our impulse. So, the world became more grey and through doing what I often did not wish to do, I found a sort of grim satisfaction and thought that made me have worth as a person. Nature became suspect; her beauty was trickery, admiration of her was akin to idolatry. What I had so dearly loved and found joy in became an object of fear.

Sometimes, I think, that when we are taught a certain way of thinking, we absorb it and learn it and somehow along the way we accept it. When this process occurs as a child, and we grow into adults with the same mindset, when do we acknowledge our own responsibility for choosing to continue to accept it? Perhaps we do not know that we have a choice. I do not know if I knew that I did.

All I do know is that I eventually hurt so much that the pain of continuing as I had was more horrifying than going against all that I knew. I knew that I was going to hell for "rebelling", but what I faced if the years went along as they had was worse. So, without knowing it, I made a choice. And in making that choice, my world as I knew it dissolved and the ugliness that lurked beneath the surface of what I had accepted as the "right" way to live, to think, came bursting out. 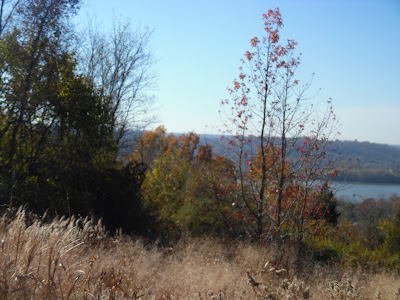 And in choosing what I thought was my ticket to hell, I found a painful salvation. In breaking from the "safety" I had chosen, however unconsciously, to remain within the boundaries of, I broke from years of heavy chains.

But the process broke my heart. I came to Ohio and those earliest months were a deep struggle to simply get up each day and get dressed and care for my little ones. It is hard when everything you have known has come to an end. Not a graceful, natural ending but an ugly, jagged, painful end. My community, my family, my sense of identity, my sense of purpose was gone. In those early days all I knew was that I had to make sure my children were cared for and with me. I was consumed with grief and lived in a world of memory.

Sometimes the pain was so great that I took my little baby and fled to the woods. Oh, the woods. The mysterious, dark, cool woods that at that time were just leafing into a new cycle of growth and beauty. On the creeks and near the shore of the lake there was thin ice yet, but beneath! A determined moving stream, quiet yet persistent, that wore away at the ice and struggled to break free. 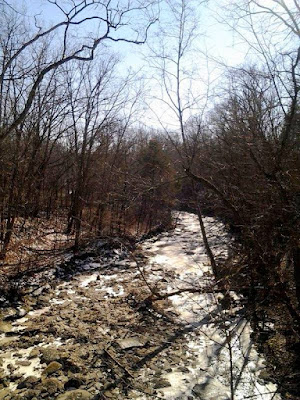 The hills were gentle and comforting. I grew to know and love each swell and curve, each small valley between steep ridges, the scent of damp leaves, decaying into new life-giving earth, the smell of pine needles and cedar, the smell of the soft rot of logs, dotted with pale fungi. I grew to know and love the streams and creeks and the river on its last journey to the great river, which flows onwards beyond sight to another great river, which flows ever farther into the wider world and the ocean, and from that ocean into all oceans. And so, by my little tributary in the woods, I was connected to all the world. 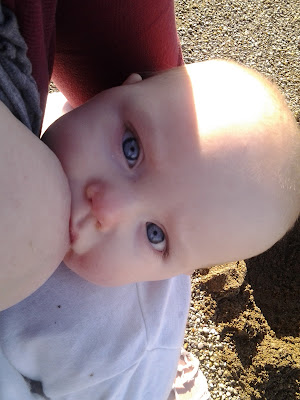 Yet I was sheltered, lovingly, and came to know the earth as Mother and I clung to her as a child does to its Mother, and from her gentle arms I grew stronger and healed, and took steps, which became strides, and so I learned to climb mountains.
at January 08, 2020

This blog is written from the perspective of someone who was raised in a conservative Christian community and who was taught that the spiritual element of nature is a reflection of the glory of God. It wasn't until my mid to late 20's that I was brave enough to question what I had been taught and not until my 30's that I knew that nature based spiritual belief systems existed, though often under the umbrella term "pagan". I began to search my own instincts more thoroughly and this brought me back to the very beginning of my memory store, where I felt awe, joy and awareness in the presence of nature. Over the next years, my studying and discovery of different possible fits for my re-discovered and progressing beliefs brought me to the early 19th century Transcendental movement, Unitarian and Quaker churches and finally back to my first church, the church of Nature. While my Christian upbringing still influences my approach and I find much merit in the Bible, I no longer feel confined to narrow, specific and uncompromising views. When I discovered OBOD in 2018 I knew I had found a community of like minded people. While modern druidry is, at best, a very faint and uncertain reflection of the druids of old, engaging in earth-honoring practices makes me feel connected to the past, present and future in a way that feels natural and right. I am so happy to be on this druid path.

Without darkness we would not know light.

Order of Bards, Ovates and Druids
"Oh, mother earth,
your comfort is great, your arms never withhold.
It has saved my life to know this.
Your rivers flowing, your roses opening in the morning.
Oh, motions of tenderness."

Musings of someone who is exploring the path of druidry, a "nature-based spirituality", as taught through OBOD, and my own research, experiences and expressions of it.