"At the gates of the forest, the surprised man of the world is forced to leave his city estimates of great and small, wise and foolish. The knapsack of custom falls off his back with the first step he takes into these precincts. Here is sanctity which shames our religions, and reality which discredits our heroes. Here we find Nature to be the circumstance which dwarfs every other circumstance, and judges like a god all men who come to her."
~ Ralph Waldo Emerson

O Mother
The night has taught me
To walk fearlessly
In the dark
To embrace the
dreaming time of
this long twilight
And Mother, my love
I awake within you
and unto you
Ready to be born
Again and when I am
I will remember what the
darkness sung to me
in the deep and the shadow
Where I learned my name 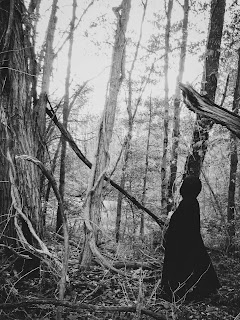 Foundation to A Druidic Path

No one knows precisely when druidry began, nor how it spread or exactly what the druids believed. Druidry is surrounded in mystery but perhaps that is what makes it so attractive to neo-druids; with a few key philosophies in place, perhaps, druidry can be anything that one wants it to be. To me, at this point in my journey, those philosophies are:

Reverence can have a few different flavors of definition, depending on the context. To me, reverence indicates profound respect given from a place of natural humility. By humility, I mean a state of recognizing our own part of the chain of life; our own place in the circle. We are neither more nor less than any other existence. I believe that we should acknowledge the value that each existence brings to the balance of the world, even ones that we cannot see and that have no direct influence on our lives. 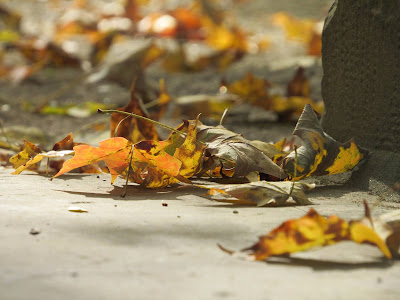 Reverence for the Earth is a natural inclination. As a child, I remember the joy I felt when seeing something beautiful in nature (Anne Shirley would call it a "thrill"! 😄). I grew up near the state line between Connecticut and Rhode Island and that area of the country is full of natural beauty. Winding, narrow roads, steep cliffs of rock, and a patchwork of green fields surrounded by low walls of stone. Trees grew everywhere; little lakes dotted the woods and streams bubbled up running to and away from them, singing over the rocky creek beds. I spent my childhood in a little cottage with woods just behind. Our landlord pastured her pony in the backyard but when he wasn't out, us kids could slip beneath the thin electric fence, dash across the field to the wooden gate at the other side, and find ourselves suddenly in a cool, sweet smelling pine woods. I will never forget the incredible feelings of rich joy, excitement, contentment and dear familiarity. It was quite a rush. Every tree was a friend, every stone had a name, each animal could talk to us. Yet feelings are but a small part of reverence for the Earth.

Our society, as a whole, is killing the Earth. As I grew older I realized this and now, as an adult, am just beginning to grasp the severity of our selfish destruction of this planet. It is almost debilitating to think about it, but we cannot let the enormity of the problem make us give up hope and think, "oh, well, there is not much any one person can do." Start small. Start local. Start right now, right here, where you stand. Clean up your trash! Recycle what you can. Cut down on your consumption of non recyclable products. Every tiny bit helps, and the Earth will thank you. She is resilient; she heals, she doesn't require more than we can give. Start in your own backyard. Volunteer to pick up trash, or collect goods to be recycled, or to help care for the local parks. Plant trees. Plant a garden, even if it's just a pot of herbs on your windowsill. Speak to the Earth and thank her for her gifts. Write to your congressmen about environmental issues. Donate time or money to environmental organizations. Walk, ride a bike, or car pool to cut down on air pollution. Care for this miraculous, loving, giving planet and you will find your relationship with her will grow and deepen. She will tell you what you need to do, and soon you will be doing more than you ever thought you'd be able.

Reverence for mankind is another key point of belief for me. As we recognize and value each existence, we must include every human being. Coming from a background of fundamental Christianity, I feel that it is very easy for organized religion (or really, any organized social group!) to devalue people who are different and subscribe to a different set of beliefs. Speaking from my own experience, people who had slightly differing Christian beliefs were considered less-than. People who lived a different lifestyle were less. Families with single mothers, or with parents where one or both struggled with addiction were less. Although it was never explicitly stated in the churches I attended, people of different races were less. Interracial relationships were discouraged or forbidden. Any romantic relationship other than a monogamous heterosexual relationship was forbidden. Those who didn't conform to a certain standard of behavior, thought, dress, and lifestyle were less. We were taught that we had to be separate from "the world", so as to not let ourselves be "influenced" by people who were different than ourselves.

This is a very dangerous philosophy and not only is it extremely harmful to others, it is also harmful to ourselves. When we are taught it is sinful to be different we will never feel safe to grow. We remain stunted. It is a such a controlling and sick mental, emotional and physical barrier to think of any human being as less than ourselves. There is so much we can and ought to learn from each other. We do not have to agree; certainly not! But we can listen, and we can learn and we can grow from reverencing each other. I think many relationship problems, from personal relationships to inter-national political relationships, could be improved so much or done away with altogether if we all just respected and valued each other as human beings.

Finally, I believe in reverencing the Spirit. This is less easy to define, as Spirit can mean different things to different people. To me, reverencing the Spirit is respecting the relationships I have with both the Earth and her people, and also with the past, present and future. It is honoring my ancestors and the people who came before me, and learning from them through study and also through connection as I retrace their steps and allow my mind to be open to their communications. It is allowing myself to feel life as I connect with the earth when planting my garden in the spring, or to feel the pulsing heartbeat of a tree when I place my hand on the rough bark of its trunk. It is hearing the song in the water and the ancient knowledge of the stones it crosses. It is knowing that the cycle of the earth and her seasons, the phases of the moon, the rising and setting of constellations and our orbit around the sun is the future speaking to us. It is being content in the here and now, at this point, where past and future meet, while loving both, hands grasping both, being the bridge between them.
at December 08, 2019 2 comments:

This blog is written from the perspective of someone who was raised in a conservative Christian community and who was taught that the spiritual element of nature is a reflection of the glory of God. It wasn't until my mid to late 20's that I was brave enough to question what I had been taught and not until my 30's that I knew that nature based spiritual belief systems existed, though often under the umbrella term "pagan". I began to search my own instincts more thoroughly and this brought me back to the very beginning of my memory store, where I felt awe, joy and awareness in the presence of nature. Over the next years, my studying and discovery of different possible fits for my re-discovered and progressing beliefs brought me to the early 19th century Transcendental movement, Unitarian and Quaker churches and finally back to my first church, the church of Nature. While my Christian upbringing still influences my approach and I find much merit in the Bible, I no longer feel confined to narrow, specific and uncompromising views. When I discovered OBOD in 2018 I knew I had found a community of like minded people. While modern druidry is, at best, a very faint and uncertain reflection of the druids of old, engaging in earth-honoring practices makes me feel connected to the past, present and future in a way that feels natural and right. I am so happy to be on this druid path.

Without darkness we would not know light.

Order of Bards, Ovates and Druids
"Oh, mother earth,
your comfort is great, your arms never withhold.
It has saved my life to know this.
Your rivers flowing, your roses opening in the morning.
Oh, motions of tenderness."

Musings of someone who is exploring the path of druidry, a "nature-based spirituality", as taught through OBOD, and my own research, experiences and expressions of it.